This was one of our favorite Christmas sets to date.

Constructed over three days and involving numerous volunteers, the trees were made of 20 foot lengths of twine. Our strategy was to tie off each tree initially (100 strings per 6 ft. base/ 80 strings per 3 ft base) onto the large hook which we would later rig from our stage grid. This was a tedious process, but resulted in 6 ready to hang trees.

For our bases, we used pre-bent 1/2 rebar from a local steer company. Four 6 ft trees and two 3 ft trees would comprise our set.

After the rings were placed, a laser was used to hang each ring from the rigging. The next step was volunteer intensive and required patience. One individual on our man lift was responsible for isolating each string and 2-3 individuals on the ground would then tie the strings to the rebar. It was important to tie the strings on a rotating basis around the rebar to keep it in balance. We also weighted the rebar rings down with sand bags which allowed us to create some tension with the massive ring at the top of our trees. This was important to keep the taut look. Each string was tied approximately 2 inches apart with the excess being cut off as a final step.

Each tree was then lit with one colorblast LED on the inside and four colorblasts surrounding the outside to create the desired effect.

The back start lit drape was rented from a local stage shop here in Las Vegas.

Center Screen:
Constructed of 9 2×3 plywood panels wrapped in white muslin and then hog trough-ed together before being flow on our center truss. This truss was attached to our motors as we wanted the ability to raise and lower the screen. 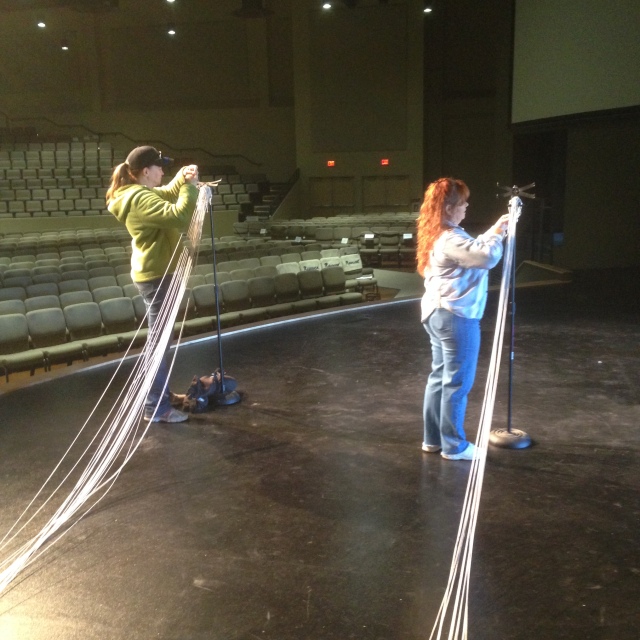 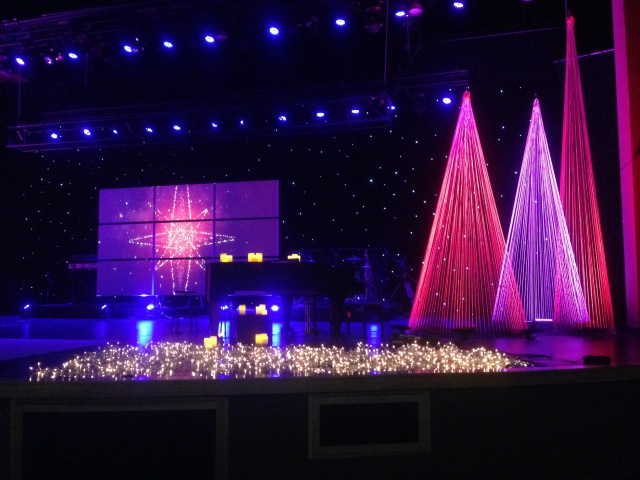 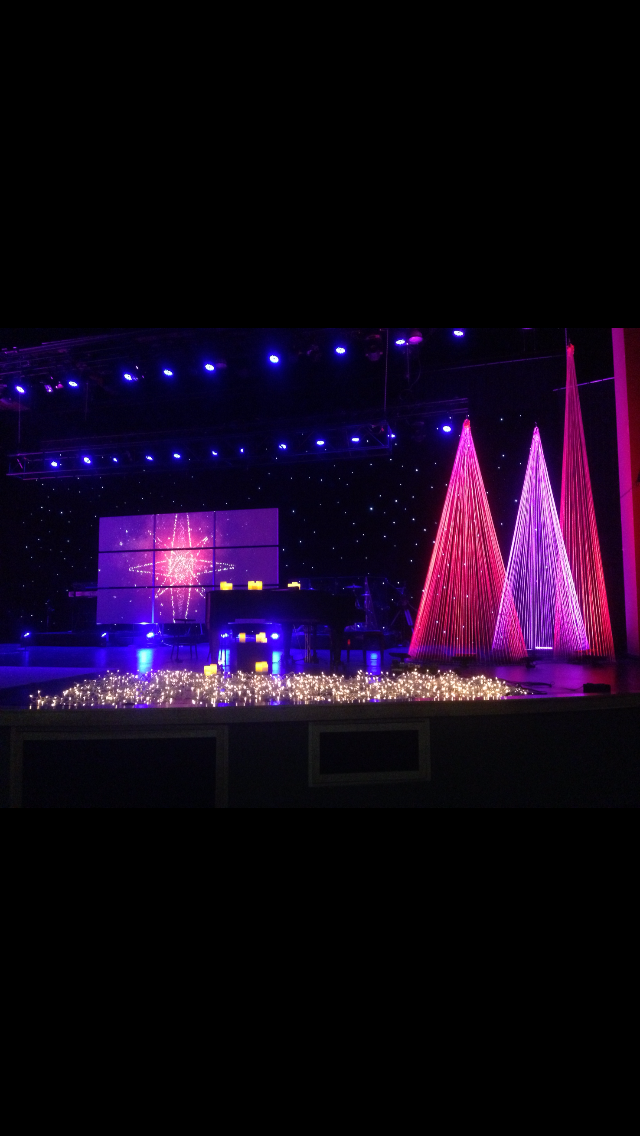