What. A. Week.  When someone speaks of fluidity in creative programming, this is the worship experience they are referring to. In conversations that took place over weeks and weeks, ideas flowed from everywhere and led us down different streams of thoughts. In fact, one stream of thought actually had us making it literally rain on stage. That idea went as far as being researched and into serious execution conversations. In the end, we diverted away from it largely on the strength of one thought: Heart.

The temptation within the creative world is to simply do something because you can. As we wrestled with this particular parable, we walked through the following process:

At this point we paused. Thankfully.

The plan included building a house (made up of oversized jenga like blocks) on each of these surfaces while the story was being told through images and v/o.  However, Dave Cowan mentioned at one point that while it had “cool” it lacked “heart.”  He was right. So we had to adjust.

Our plan was already to shoot a personal story with Michael Teter in our church regarding his journey from a life built on sand to one anchored on the rock. This was to be a separate element. Then we realized they needed to be combined to create the greatest effect and the most heart. So we changed it up.

Dave took Michael over to California two weeks prior and we shot his story in two locations: the beach and a rocky surface. At the same time, Dave shot a lock down shot of each of those environments to use as a visual backdrop.

We then drafted Michael to actually be the personal building the houses on stage while his story was being told on our large side screens. He would push out a wheelbarrow filled with sand, dump it on stage, and proceed to build our jenga house with the words “fool” written on the front. 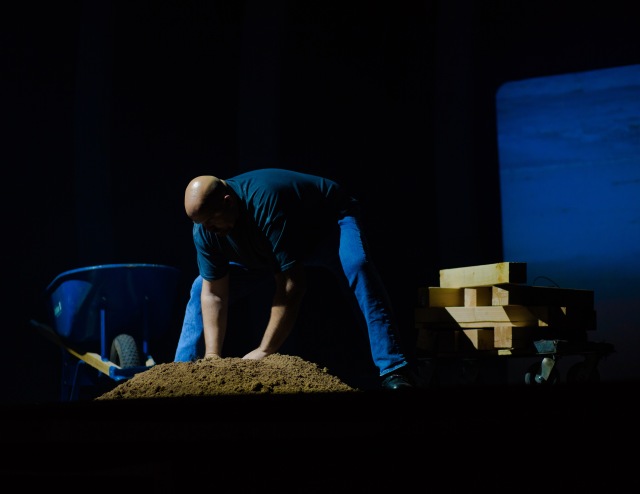 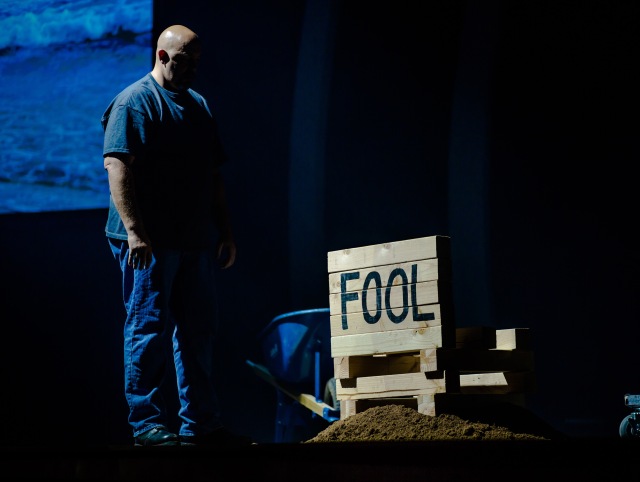 He would also do the same on the opposite side of the stage with blocks and the jenga house, “wise”. The video content would correspond as he built, telling his life journey from sand to solid ground. We rehearsed this many, many times prior to Sunday to get the timing right between the video and Michael on stage. We wanted them to weave together and conclude at the same time. His pace of building the homes was important. 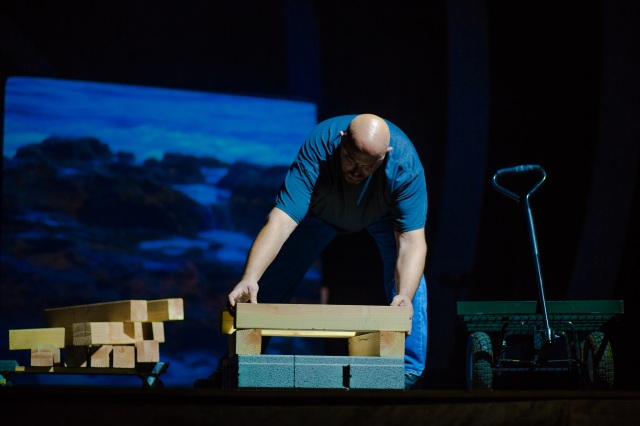 Post message we closed the service with the song “Rainy Day” and use the small backdrop video screens to portray visual content matching the tone of the day and the song.

So…the day was a huge win and we effectively broke the 4th wall by having Michael both on screen and on stage. 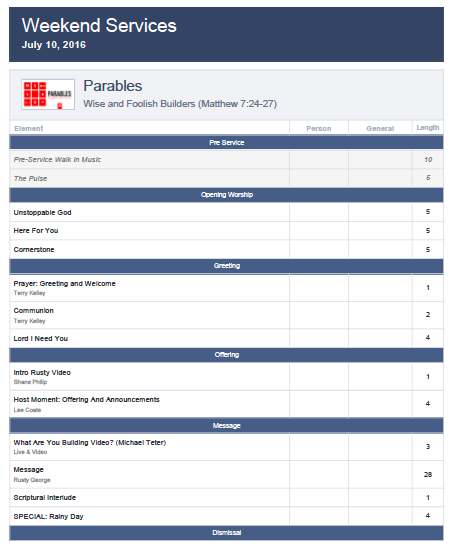